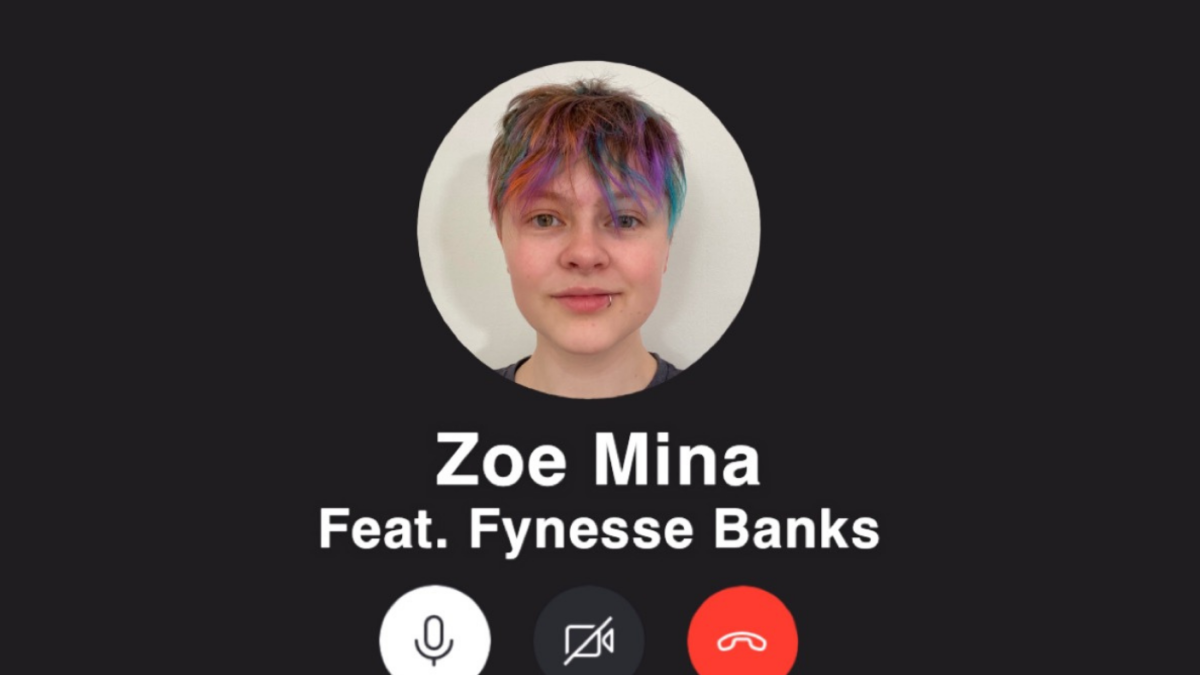 Bringing back the magical pairing of Fynesse Banks and Zoe Mina, Leave a Message is undeniably a testament to the diversity of the two female professionals, as well as bassist and guitarist Mitch Pirtle.

Originally written on piano, the artist produces the track with lush vocal harmonies, guitar, bass, and percussion comprised of congas, shakers, snaps, guiro, and cabasa. Going so far as to study the traditional uses of the guiro, Zoe Mina utilized traditional patterns from cuban music to create her own style on the rhythm instrument.

“I tried to pay homage to the classic uses of the instruments, while catering to the modern––I was also inspired by Robbie Nevil’s C’est La Vie, especially with the harmonies and the backing vocals,” reveals Zoe Mina.

The bass and the guitar parts, both recorded by Mitch Pirtle, further flesh out the track. The guitar is influenced by flamenco, and although traditionally would be played on a classic nylon acoustic guitar, a steel string instrument was used instead.

“We tried recording the guitar part on both my acoustic nylon and my steel string, but the steel string just was more clear and had a bit of bite to it that I really liked. That steel string was what we ended up using. I think it was a good choice to give it some space from the piano, and to add a little more percussiveness to the guitar track,” says Zoe Mina.

For the mix, the artist reached out to her friend and very talented colleague Fynesse Banks––an accomplished producer and writer herself, and whom the artist had worked with for their previous single together, Lost, released December of 2020. Banks swears by a little vocal distortion, and applied this technique when mixing the vocals.

“I think that the mix was pretty straightforward, actually,” Fynesse Banks discloses. “I had a lot of fun with the harmonies.”

Together, Zoe Mina and Fynesse Banks are most definitely a magical combination. The artist’s smooth, clean vocals and Banks’ mastery at the mix process create a track that not only showcases both of their talents but also their ability to carry out music outside of their comfort zones––proof of their capability in the industry, and just how much they bring to the studio individually and as a team.

Check out Leave A Message feat. Fynesse Banks on Spotify, iTunes, YouTube, and more––follow Zoe Mina on social media for news about upcoming releases here. To hear more magic from Fynesse Banks, check out her Linktree here for access to her socials, streaming platform profiles, and more!