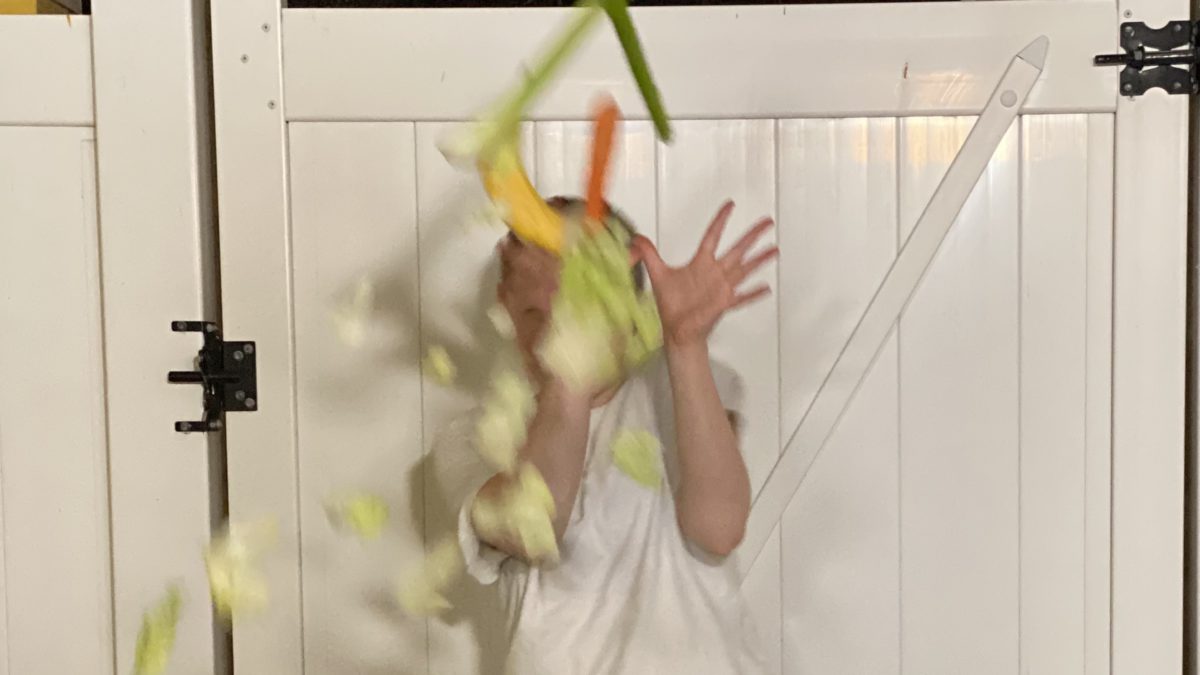 What had started out as a joke for the artist has now become her most recent single – released on November 19th, 2021.

“I wrote this originally on the ukulele, after I’d come up with a chord progression I really liked. I didn’t really have anything on my mind, something I needed to let out of my head, and so I decided to change things up.”

Zoe Mina decided that the best way to come up with a song subject would be to trust a very trustworthy source; the internet. After searching for a random topic generator, the artist got the result of food fight, and the song was born.

“I didn’t think this song would ever grow past being an acoustic uke/vocals arrangement. I figured would be a funny song to play live, but that it wasn’t serious enough to release with my other tracks.”

When the artist decided to record the track, she began with her ukulele and vocals, which turned into the elaborate and multi-tracked arrangement available to listeners today. Using percussion elements outside of the traditional drum kit, and working with Mitch Pirtle to round them out and fit them to his immaculate bassline, the song began to take form as a much larger production.

“The crowd vocals were especially fun! I recorded them all myself, in different tones and voices. I think I manipulated a few to get darker or different voices than I could produce, but largely the crowd was organic shouts that I did.”

Interestingly enough, it was months after the original recording sessions that Zoe Mina decided to release the song as a single, after all. Recording new vocals and ukulele, the rest of the project was original tracks from when she was still piecing the track together and arranging it; proving that if it’s a good recording, the original tracks are and can be used in final products.

Food Fight was a joke, and is still humorous, but the meaning behind it is anything but.

“Life is a food fight/duck the salad/life is a food fight/throw the lemonade,” quotes the artist. “The song can, like most of my music, be interpreted pretty diversely but my interpretation is quite literally that – like a food fight, which can happen randomly and take you by surprise – life will throw stuff at you, and sometimes it’s liberating to throw stuff back.”

Perhaps the best experience of the song, according to the artist herself, is that the cover photo was an actual food-throwing experience.

“Yes, I had my mom and dad do it,” she laughs. “My mom took the photo, and my dad got to throw random vegetables and fruit at me. It was hilarious, and we all had a great time. We brought out these bright floodlights to the side yard, because I got off work late, and actually took the cover photo just mere hours before I uploaded everything to Distrokid.”

Find Food Fight to stream on iTunes, Spotify, YouTube, and more – follow Zoe Mina on her socials here to stay tuned for her next musical venture.